10 Information and Advice for Travelers to Cambodia

Travelling to Cambodia is a beautiful thing for travel enthusiasts and those interested in new destinations. How not when the Mekong River divides its lands and provides them with the most stunning views, and includes Lake Tonle Sap? it is one of the largest fresh lakes in Asia, not to mention the city of Angkor? After my wonderful trip to Cambodia, a city that summarizes the world’s antiquities within its temples, a group of important information and advice about this country. 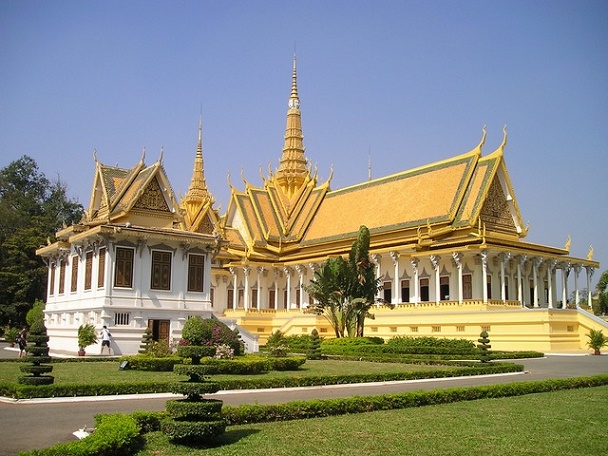 What do they speak, and what is their religion?

The official language is Cambodian or Khmer. Many can speak English, while French is spread among the elderly. Cham people learned their language in Islamic schools and their local language, “Cham,” which tends to Malayo-Polynesian languages. Religion Most of the population embraces Buddhism, the official religion and monarchy there, and Muslims are about 6 percent. I had an excellent experience with them; I advise you to visit them frankly. 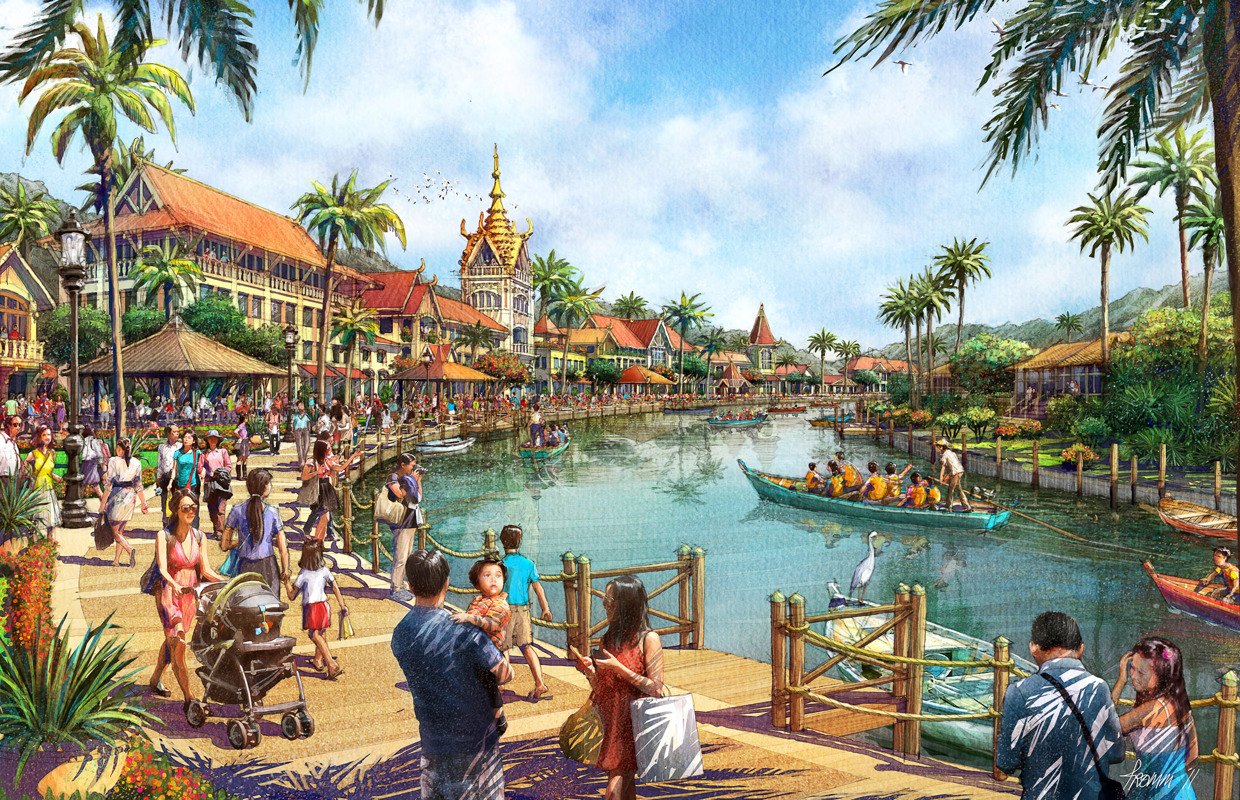 What about the weather?

Cambodia’s most beautiful weather is between December and February, and it is moderate in temperature up to 20 degrees Celsius. Still, if you travel from May to November, it is the rainy season, but the temperature remains high, as it rains an hour per day in the evening.

What is the nature of the people of Cambodia?

The truth is that there are no more admirable than Cambodians, whether from the Khmer, the Buddhist majority, also the Chambers from the Muslims. Unlike this region’s nature, I did not find any Cambodians wanting to take advantage of travellers’ situation. Whether motorcyclists, tuk-tuks, everyone shows you an excellent place to do a natural massage, and of course friends, quite the opposite, with the help and conviction of the money you gave in return for his service. Is Cambodia a safe country?

Some might warn you about rampant theft, but tourists have a completely different opinion. Cambodia is one of the safest countries for a tourist in the Indochina region. The police take the matter seriously. Hotel employees always advise to carry valuables and take the necessary precautions because the temptation may cause losing your things. 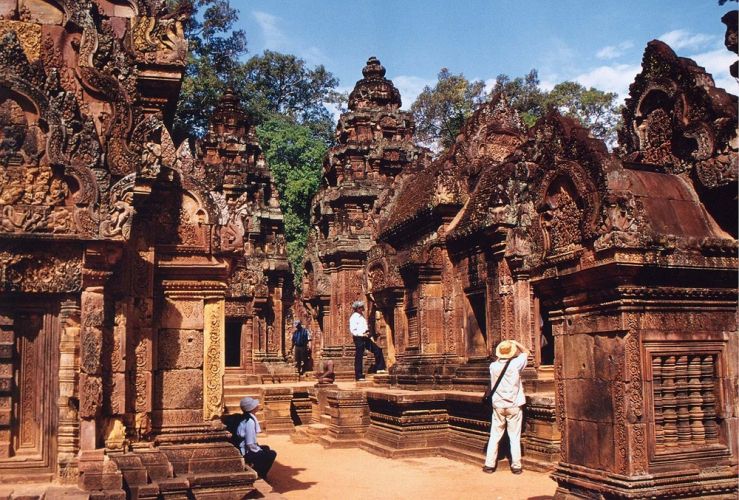 Can you find everything there?

At first glance, it seems that this country, with its poverty, will be devoid of many things that a tourist may need. You will soon change your mind, starting with ATMs, European restaurants, and even Arab restaurants recently. In addition to several halal restaurants (we will write about them later), you can find many modern life factors. 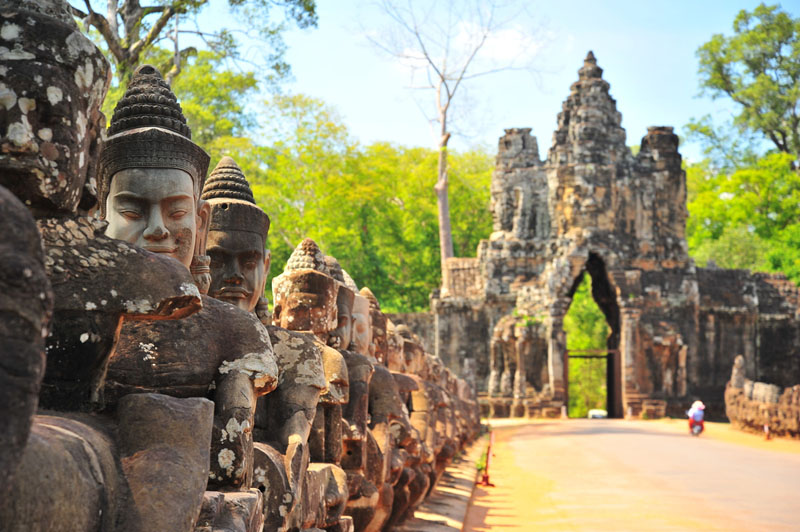 Would you enjoy the transportation there?

Tuk-tuks prices range from $ 2 for a short tour within the city to $ 3 for longer trips, to and from the airport, the tour will cost you $ 7 (whether Phnom Penh Airport or Siem Reap), and they are the same as taxi prices. As for a tour within the city between several landmarks, it may cost you 10 Dollars for half a day if you can bargain well with the driver.

What about museums in Cambodia?

Phnom Penh has many places that commemorate the “Khmer Rouge” massacres during the seventies. History lovers will like this. It would help if you also admired the antiquities of the temples of “Angkor,” the great museum open to nature in Siem Reap and enter it for 20 dollars per day. One and $ 30 for two days, and the Royal Palace in Phnom Penh for $ 7 and an increase of 10 if you want proof. 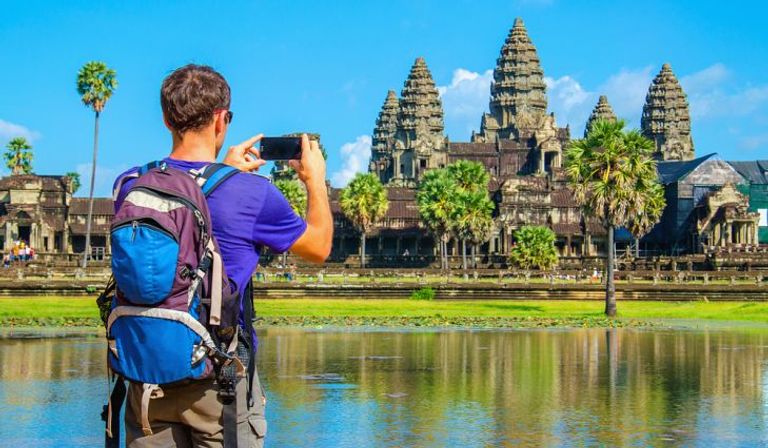 What are the most important places to visit in Cambodia?

Siem Reap is indeed the first tourist sign of Cambodia, and many people may travel to it and the capital only as part of their tour or include the famous coastal Cyanocville. Know, dear reader, that the most beautiful thing about travel is staying away from what tourists know and getting to learn something new. For example, you can Stop between the capital and Siem Reap in a city, and starting in a day or two. How do you travel between Phnom Penh and Siem Reap?

Between the Cambodian capital and the second city of Siem Reap, which is the actual tourist distance of 317 km, there are two means of arrival. Wi-Fi is included, the taxi will cost you about $ 80 from the hotel to the station.