A Guide to the Most Important Tourist Cities in Germany

Germany’s natural landscape ranges from the picturesque Alpine landscape, the ideal place for hikers in the summer and lovers of skiing in the winter, to the bright stretch of sandy beaches on the Baltic Sea.

A walking tour of the pedestrian paths takes visitors to the many historical and natural places with their share of myths where the natural landscape varies more. That includes marshes and lakes, fun for tours in the summer and skiing in the winter, valleys, slopes, gorges, and rivers spread to include all German regions.

In Europe, Germany, tourism is characterized by a moderate climate in general, and rains fall most of the year. If we separate the atmosphere in Germany according to the seasons, it will be:

Spring is the best time to visit Germany. Between April and May, when Germany is covered in green clothes covering its gardens and parks, this season is characterized by its suitable atmosphere for picnics and wandering around the country.

Summer is between June and September, when humidity increases, chances of rain, and the weather are moderate, suitable for travel to Germany.

Autumn is between October and November when the weather is sunny and becomes foggy with November’s onset.

Winter in Germany is between December and March, a cold season in which snow falls in high altitude areas. Tourism in Germany in this season is preferred for lovers of winter sports and snow.

Let us now know about the best tourist cities in Germany, which are

Berlin, the largest tourist city in Germany, is the second-largest city in the European Union after London.

It is one of the most important cultural and tourist cities in Europe and the world. It embraces many historical and archaeological sites that deserve to be visited and attention, the most important of which is the Berlin Wall. The city includes many high-end shopping places at the level of Europe. 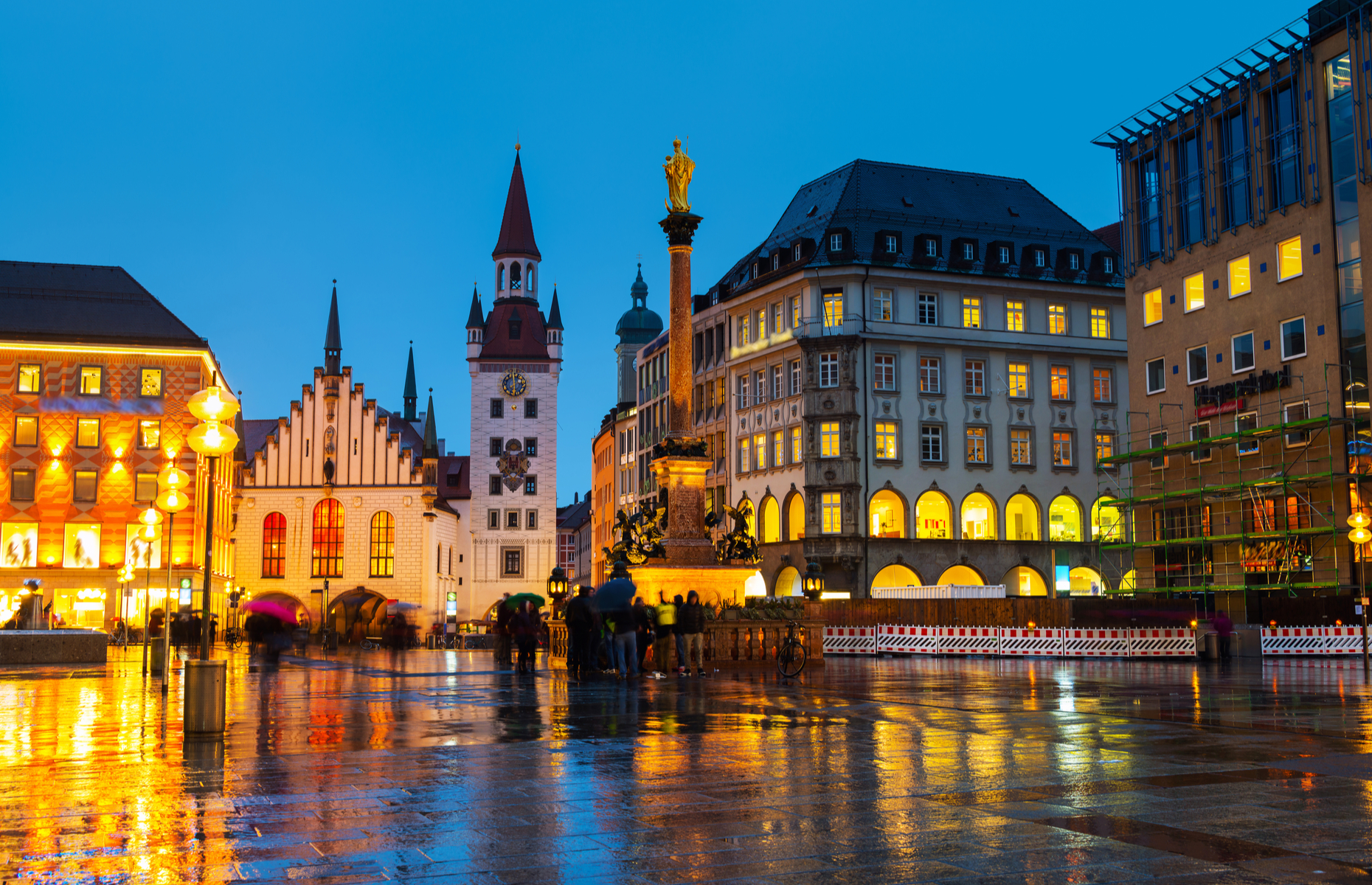 Munich’s location on the Isar River in southern Bavaria makes it a destination for many tourists annually. It is famous for its unique architecture and many tourist attractions and historical buildings in it. 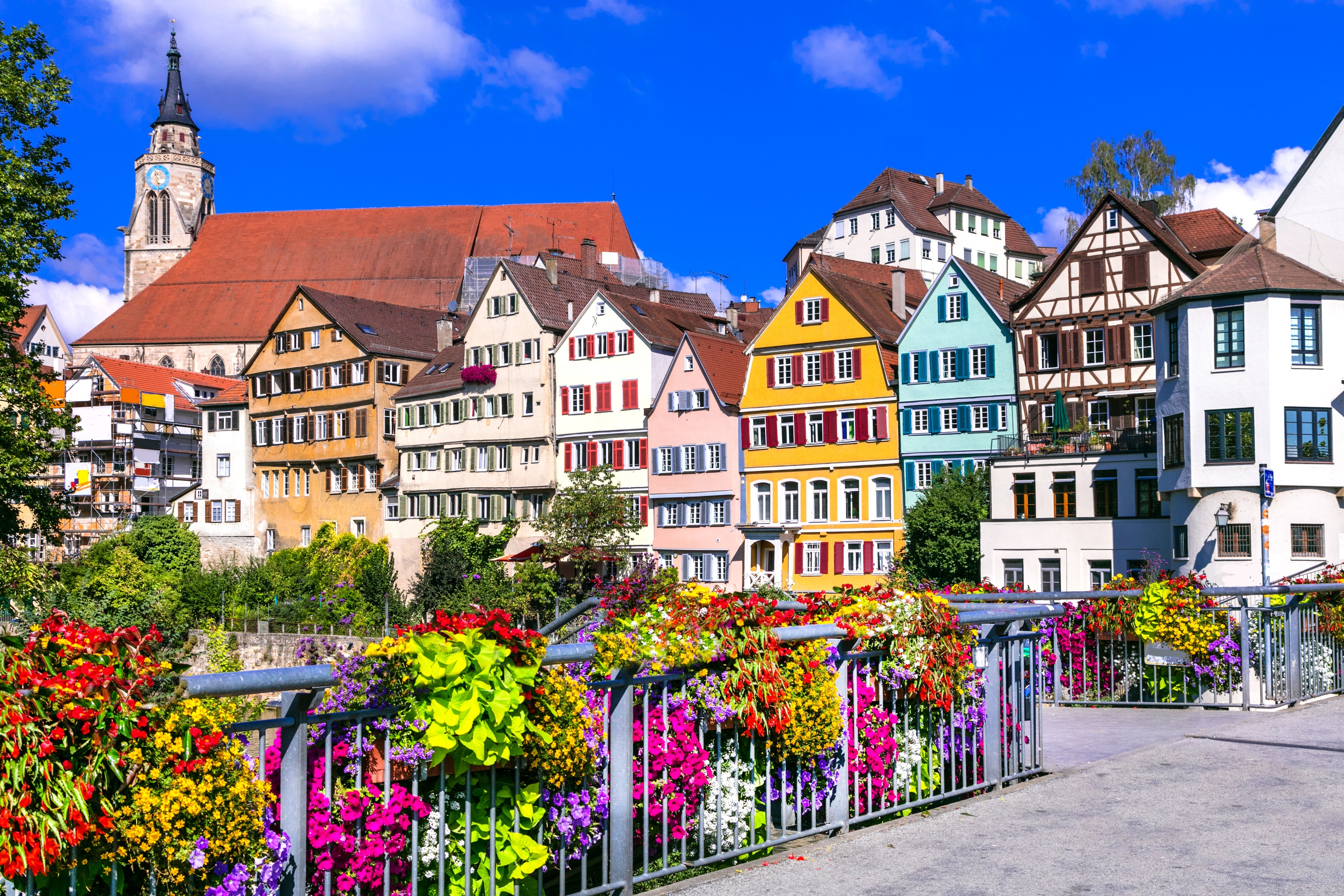 The city of Baden-Baden is considered one of the most beautiful tourist cities in Germany, as it embraces many attractive tourist places that attract tourists when they come to Germany.

Arab tourists prefer Baden-Baden, and one of the most important tourist attractions in Germany is Baden-Baden, the Roman baths and natural places such as the beautiful Lake Memelsee and beautiful parks. 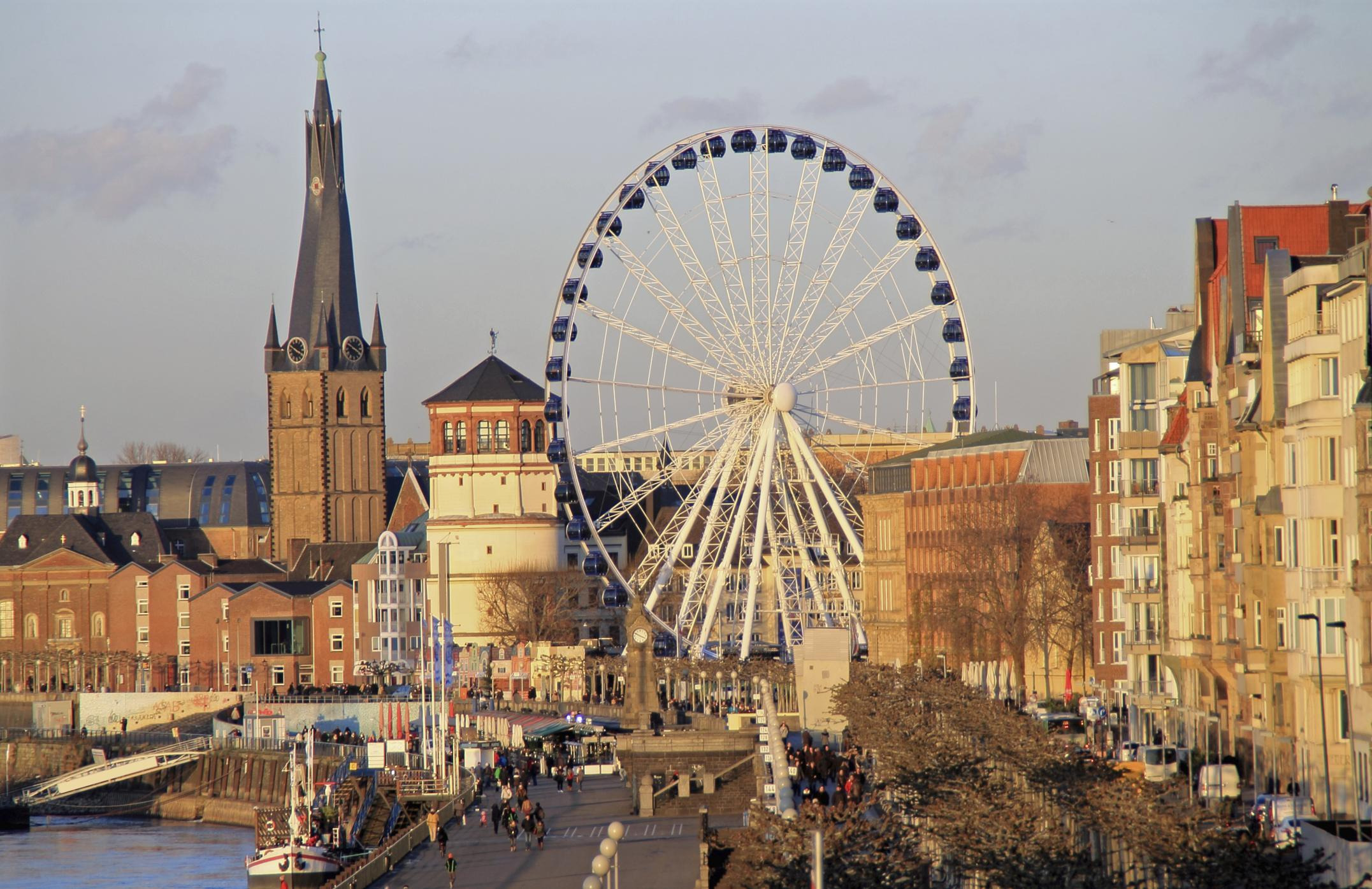 Düsseldorf is one of the most beautiful travel destinations in Germany. It is considered the first center for fashion and shopping in Germany, as it is famous for its markets and the many fashion shows that are held on its soil.

Kings Street is one of Germany’s most prominent tourist places, Dusseldorf and a distinctive destination for shopping, where the finest and most luxurious international fashion stores are located.

Stuttgart is located in southwestern Germany and is considered one of Germany’s most beautiful tourist cities and the most developed in the standard of life. It is witnessing prosperity in many respects.

Stuttgart is famous for its advanced industries and is considered the cradle of the automotive industry. It even contains many museums for the largest car companies globally, such as the Mercedes Museum. Frankfurt is one of the most famous cities in Germany. It is located in the center of the country on the River Main banks, a famous Rhine River branch.

Frankfurt has many attractions, most of which are concentrated within the old city of Frankfurt. Colin or Cologne is the fourth largest city in Germany and is located between Bonn and Düsseldorf. It is considered one of Germany’s most beautiful tourist destinations in history, architecture, and modernity.

It is famous for its vast Cologne Cathedral, which dates back to the Roman era and is distinguished for its length as it is the tallest cathedral in the world. 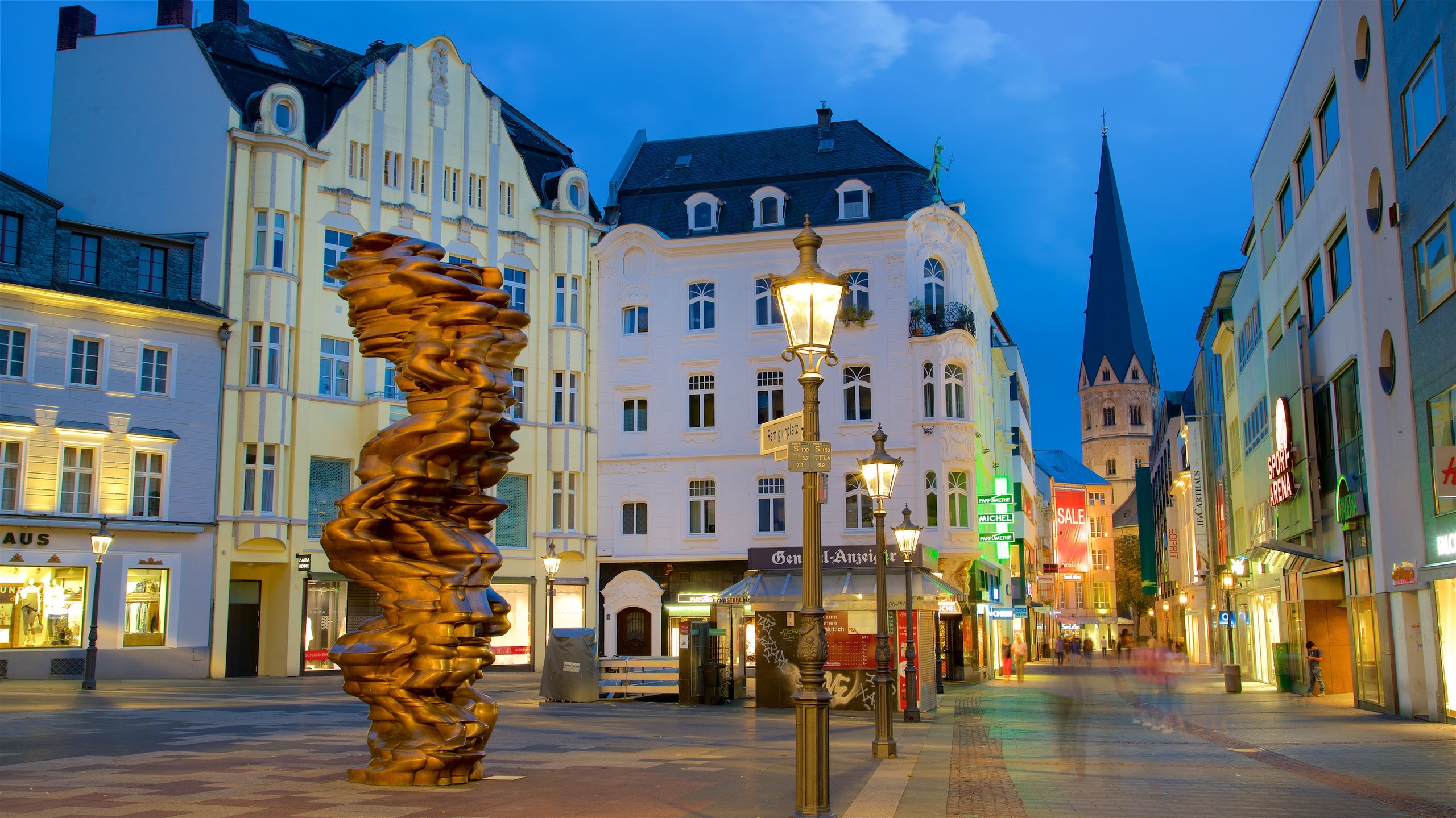 Bonn is one of the beautiful towns in Germany, dating back to the Roman era. Bonn is distinguished by its picturesque nature of breathtaking landscapes and wonderful historical places that dazzle visitors. 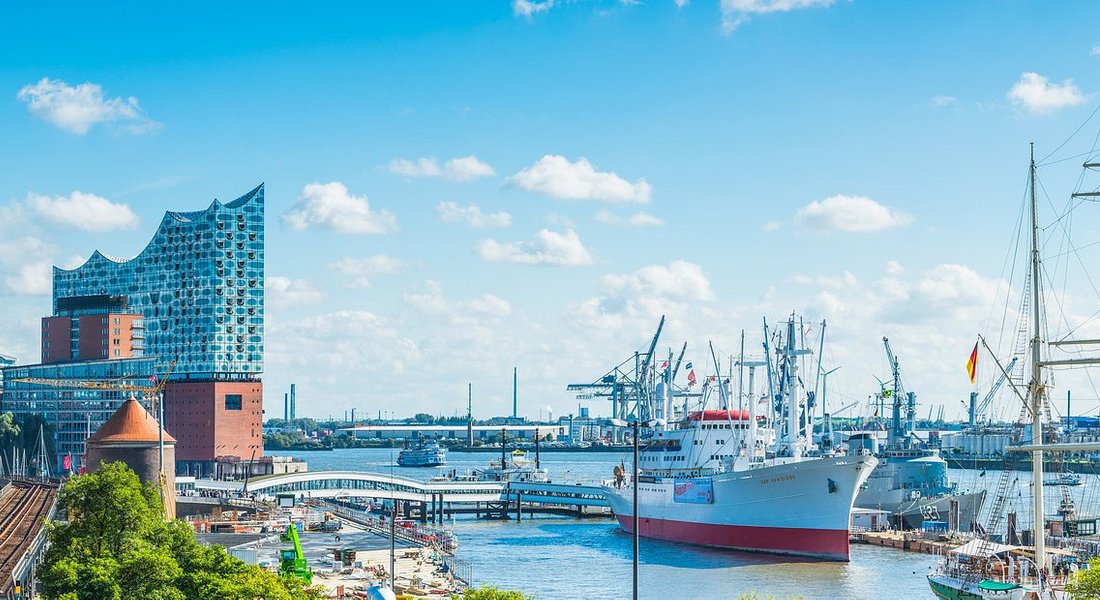 The city of Hamburg is one of the most visited tourist cities in Germany. The town is surrounded by many lakes and is considered one of Germany’s greenest cities due to many parks, gardens, channels, and lakes.

Hamburg is famous for its red lantern neighbourhood, Amsterdam.

Heidelberg is located in the Neckar River Valley and is one of Germany’s most beautiful tourist areas. It includes many attractions that attract the attention of visitors and tourists.