The Most Important Tourist Places in Amsterdam, Netherlands

Amsterdam, the capital and one of the most important and prosperous tourist cities in the Netherlands, includes many tourist attractions that attract tourists worldwide. The town is famous for its water channels, beautiful houses, shops and cafes that are teeming with life, and in this topic, we will present to you a number of the most beautiful places of tourism in Amsterdam.

You can do many things in this beautiful city, as it embraces parks, museums, entertainment places, high-end hotels, restaurants, and everything that comes to your mind to make your tourist trip to this city a unique and unforgettable experience.

The royal palace is one of Amsterdam’s most prominent tourist places and is located in the city center of Dam Square. The palace was built in the seventeenth century as a city for judges. Today, many celebrations are held in the museum to present official royal awards and other government purposes. And you can take souvenir photos inside the magnificent Royal Palace. And take pictures of the most important landmarks of the palace if you are a fan of photography. To see the old Dutch style’s splendour, you have to wander around the various palace squares, especially the reception square. And enjoy the royal palace’s exterior with a unique style, decorations and statues that adorn the building’s top. Watching the numerous paintings and sculptures in the royal palace and admiring the yellow sandstone darkened considerably over time.

One of Amsterdam’s most famous neighbourhoods and tourist areas is considered one of the high-end places in the Netherlands Amsterdam. It hosts many galleries of modern art, and Webster Street in Jordan is one of Amsterdam’s most prestigious markets through the many shops located that include the most famous international brands. And you can learn about what contains old houses worth seeing, water canals running next to you, and other landmarks from the renowned neighbourhood, so just wandering inside the Gordan neighbourhood is a special kind of pleasure. One of the most important old houses in the Jordan neighbourhood turned into a museum is the Anne Frank House, where Anne Frank lived in a bunker for two full years. The museum contains photos and documents documenting this period and its events. You can also try one of the cafes or restaurants in the Gordan neighbourhood, some of which overlook the water canals and others overlooking Gordan’s ancient streets. Of note, the oldest cafe in the area is Café Chris, and you might like to try it.

The most important thing to do within the Gordan neighbourhood is to shop among the many options from local and international stores and products. The most famous thing you can buy is Dutch cheese, sweets, clothes, as well as jewelry, and also, don’t forget to take a fun river cruise inside one of the boats that you can rent to take you on a trip around Gordan’s attractive neighbourhood and its most essential features. Finally, you should take some souvenir photos of the beautiful Gordan neighbourhood and its most critical features, especially the river canals and the wonderful old houses. 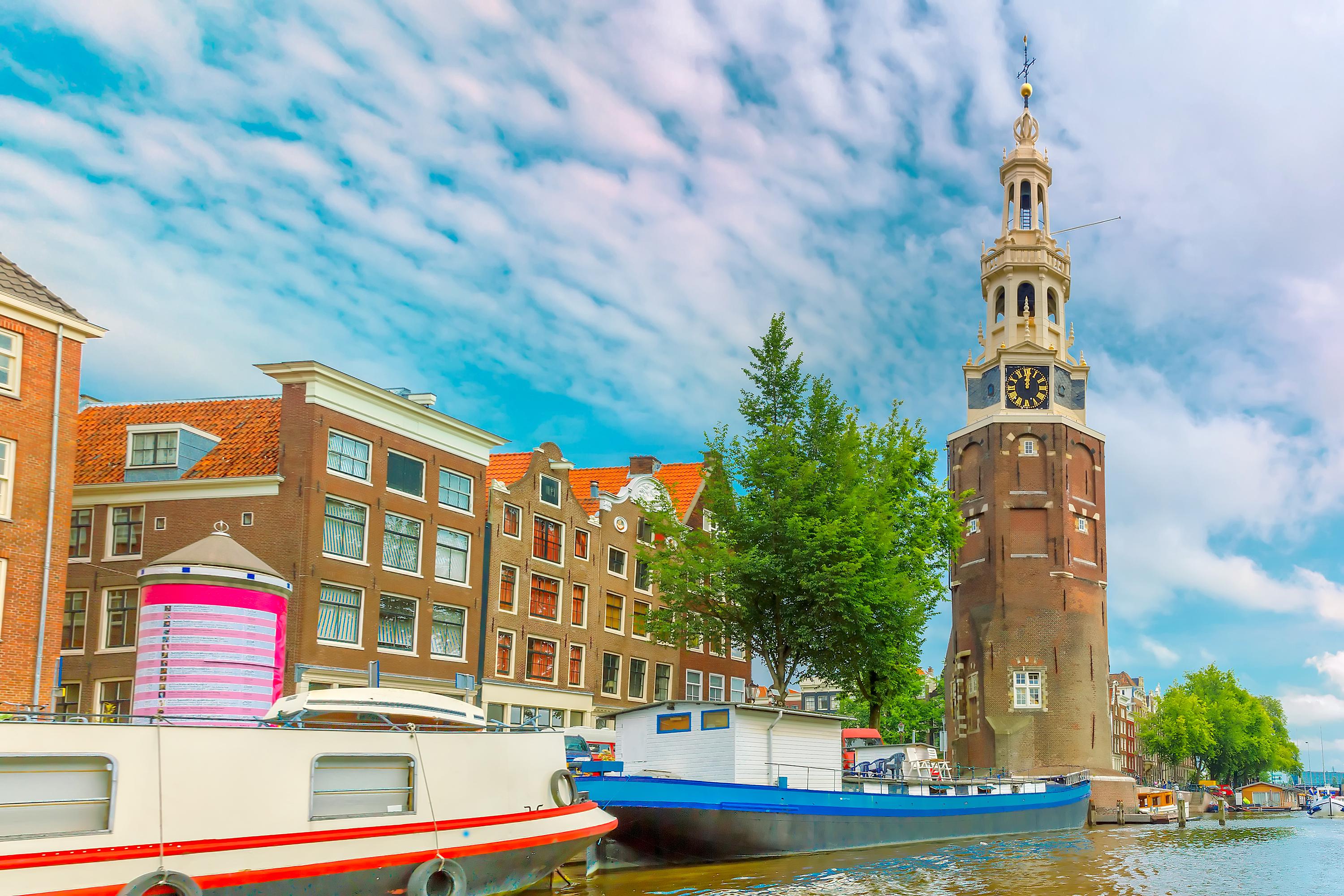 This tower is located on the Oudeschans canal bank and is considered one of Amsterdam’s most important tourist attractions. The building of the Montelbahnstorn Tower dated back to 1516 and was used to defend the city and was previously a place where sailors met. You can climb to the tower’s platform to enjoy the town’s most beautiful panoramic views and take memorial photos. It is an open platform that includes binoculars and protection barriers, and there is a glass platform. The Euromast Kids Club organizes many free activities for children at the Dili restaurant on the ground floor, from making hats that resemble a tower, playing Dutch matches and building their Euromast tower, in addition to monthly parties and painting.

You can book one of the suites to spend a beautiful night over the clouds and enjoy an excellent breakfast with a beautiful view of the city. You must enjoy a delicious dinner at the Burj Brasserie restaurant, with a view of thousands of city lights and watching the sky during sunset from a height of 96 meters. 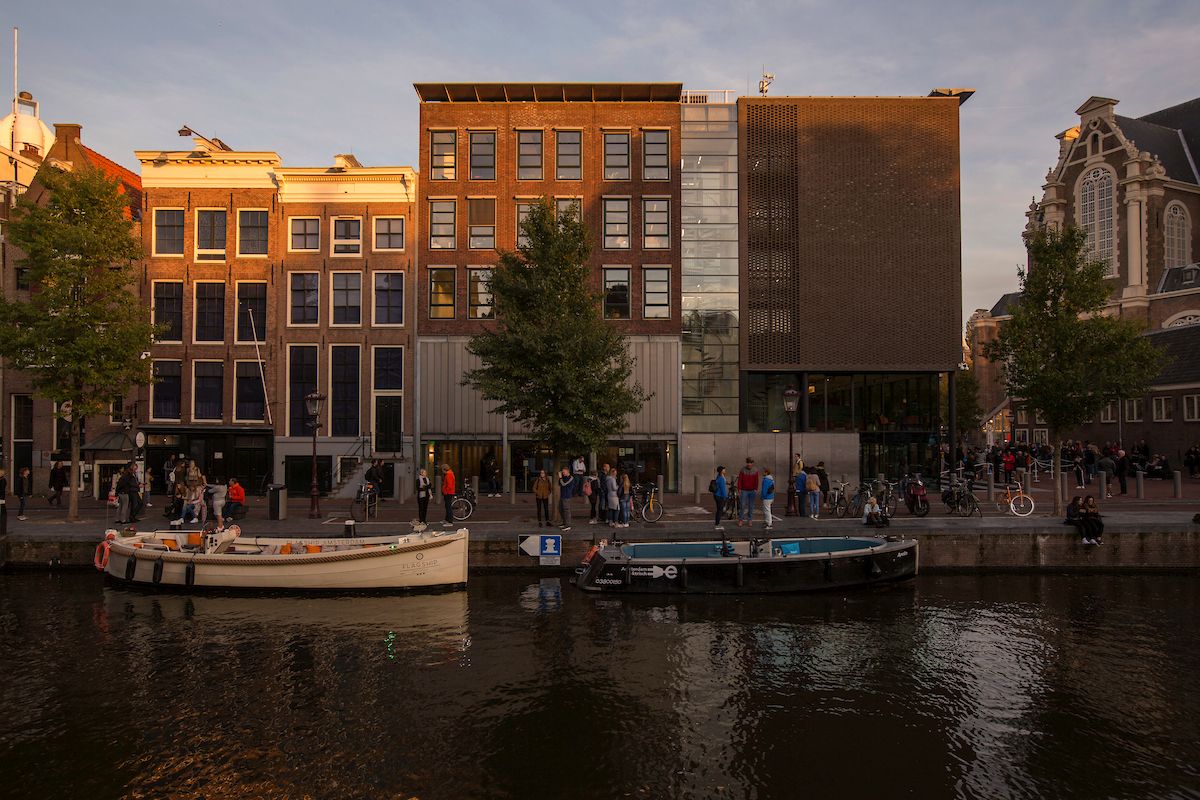 Amsterdam is among the European cities full of the effects of World War II. You will find it most in the Anne Frank Museum. It is the historical house and biographical museum dedicated to the famous Jewish diary writer Anne Frank. During World War II, Anne Frank hid from Nazi persecution with her family and four other people in rooms hidden in this house’s back. Although Anne Frank did not survive the war, was published Her diary in 1947. On May 3, 1960, the Anne Frank House was opened as a museum to the public to preserve the hiding place, and the museum contains a permanent exhibition on the life of Anne Frank. The museum in 2013 received more than 1.2 million visitors. And you can take many memorial photos inside.