Travel the World with Trip

> Blog > Europe > Italy > Tips for Getting Around Rome

Tips for Getting Around Rome 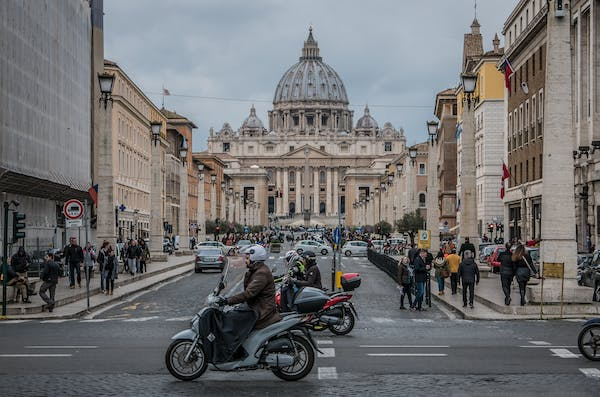 Rome, the capital city of Italy, is a city that is rich in history, culture, and art. Rome is also home to Vatican City. Rome, also called the “Eternal City,” has been an important hub for the development of western civilization for hundreds of years. Ancient ruins, such as the Colosseum and the Forum, can be explored by tourists, and iconic landmarks, such as St. Peter’s Basilica and the Pantheon, can be admired for their architectural design. Additionally, the city is home to many museums, art galleries, and churches, all of which have fascinating histories to share with visitors.

Travelers coming to Rome should also be aware that, even though the city has a lot to offer, it is also known for being crowded and disorderly. Be ready for throngs of people and heavy traffic, and make sure to wear comfortable shoes because the city is also famous for its cobblestone streets.

However, first-time tourists may find it difficult to navigate the area. This article explains how to get around the city and see all the major attractions.

Visitors to Rome have many options for getting around the city, including taking public transportation, walking, riding bicycles or scooters, taking taxis, and taking scooters and taxis.

The Roma Pass is an excellent choice for tourists because it granted them free admission to the city’s museums and galleries and discounted public transportation fares. However, public transportation like buses and trams can get very crowded, and pickpocketing is a widespread issue; as a result, tourists should be aware of their surroundings at all times.

Walking is another fantastic way to get around Rome because many of the city’s most famous attractions are located near one another and can be reached on foot. In addition, the city is home to many charming neighbourhoods where guests can learn about the local architecture and street art.

There are also rental options for bicycles and scooters for getting around the city. Visitors, however, should be aware that traffic can be heavy and that the streets can be chaotic; as a result, they should be prepared to navigate the city’s busy streets and narrow alleys and should always wear helmets.

In Rome, you can also take advantage of taxis and ride-sharing services; however, the rates can be expensive, and the traffic can be heavy. Before getting into a taxi, tourists should discuss the fare and consider using a ride-sharing service such as Uber to save money and avoid the high rates charged by traditional taxi services.

How to Get a Public Transportation Pass

In Rome, gaining a pass for the city’s public transportation can be done in a few different ways; the one you choose will depend on the length of time you plan to spend in the city as well as the number of times you intend to use the city’s various modes of public transportation. The following are some examples of popular choices:

This multi-day pass grants holders free entry to the city’s galleries and museums and provides a discount on riding the public transportation system. You can purchase it for either 48 or 72 hours, and you can buy it at metro stations, tourist information centers, and museums and galleries participating in the program.

This weekly pass gives you access to the bus, tram, and metro for an entire week with no restrictions on how many times you can ride each.

This pass is valid for a specific amount of time and allows you to travel on the bus, tram, and metro system an unlimited number of times during that time. One, three, or seven days of access can be purchased for a price.

With this monthly pass, you can travel on the bus, tram, and metro system as much as you want throughout the entire month at no additional cost.

Additionally, single-ride tickets for the metro, bus services, and trams are available for purchase. These tickets can be bought at metro stations, smoke shops, or on the bus or tram, and each is good for one ride on the public transportation system. They are valid for one trip only.

It is also important to note that for certain specific routes, such as the urban railways and the railway lines that run between Rome and Lido, Rome and Viterbo, and Rome and Giardinetti, you will be required to purchase a separate ticket. These tickets can be bought at any train station along the route.

These passes are available at newsstands, metro stations, tobacco shops, and on the bus or tram. You can also buy some of them through their respective websites.

When to Take a Guided Tour in Rome

Taking a guided tour in Rome is a fantastic way to gain knowledge about the city’s extensive history and culture, in addition to gaining assistance in navigating the city’s streets and attractions. When you visit Rome, you might want to consider going on one of these guided tours:

When you’re short on time: If you’re only going to be in Rome for a short time, taking a guided tour can help you make the most of your trip by highlighting the most significant attractions and providing historical context for what you’re seeing.

When you’re interested in specific topics: Many of Rome’s guided tours concentrate on particular subjects, such as the history of ancient Rome, the Vatican, or the art of the Renaissance. If you have a particular interest in any of these areas, taking a tour with an expert can be an excellent way to broaden your perspective and increase your level of comprehension.

When you do not have a good understanding of the city: If you are not familiar with Rome’s streets and public transportation, taking a guided tour can help make navigating the city easier and ensure that you do not become disoriented.

When you want to avoid being around many people: it is not uncommon to find significant crowds at the Colosseum and the Vatican, two of Rome’s most visited attractions. Taking part in a guided tour is one way to avoid crowds and make the most of your time at the attraction.

When you want to avoid waiting in long lines: Some of the most popular attractions in Rome, such as the Sistine Chapel, the Vatican, and the Colosseum, have long waiting times. If you take a guided tour, you will be able to skip the line, which will save you time.

Several apps can help you make the most of your time in Rome by assisting you in navigating the city and maximizing its attractions. The following are some examples of popular choices:

Google Maps is an application that offers turn-by-turn directions for walking, biking, and public transportation and provides detailed maps of the city. In addition to that, it provides information on local points of interest, dining options, and retail establishments.

Citymapper, gives users comprehensive data on Rome’s public transportation system, including information on fares, routes, and schedules. Additionally, it provides directions for walking and biking and information on local services and points of interest.

Using the MyTaxi app on your mobile device, you can easily make reservations for a taxi or a private car service in Rome with just a few taps.

Uber is a well-known app for hailing rides that enables you to make a reservation for a car in Rome in a quick and simple manner.

With this app, you can determine the station’s location with the most convenient proximity to you and check the availability of bikes and parking spots.

This application is helpful for tourists visiting Rome because it provides information on well-known landmarks and monuments, maps, and a guide to the city’s public transportation system. In addition to that, you will receive discounts on city tours and a calendar of upcoming events.

Guidelines For Navigating the Streets of Rome

The city of Rome is notorious for its winding and narrow streets, as well as its traffic jams and large crowds, all of which can make it difficult for first-time visitors to navigate the city’s streets. However, it is possible to take advantage of everything that the city has to offer with just a little bit of preparation and some careful navigation. The following are some helpful tips for getting around Rome:

You will have no trouble navigating the streets of Rome and can make the most of your time in this stunning and historic city if you follow the information provided in this article.

Rome is a city rich in history and culture  However, by adhering to the guidance provided here, tourists will be able to get around the city with confidence and make the most of their time there. It’s also a good idea to take advantage of the city’s public transportation, pack light, learn a few useful phrases, pack comfortable shoes, use a map or GPS, know the rush hours, take note of one-way streets, and be willing to wander around and see what you find. Follow these tips, and you’ll be able to enjoy your time in the Eternal City to the fullest.

Save time, save money!

Sign up and we'll send the best deals to you
send

Lets Get started.
Many businesses are building their own mobile apps and there are many reasons why you should invest in a mobile app. We are in a digital era and if your business does not have a mobile app, then it means you are lagging behind your competitors.
➤

You have successfully subscribed to the newsletter

There was an error while trying to send your request. Please try again.